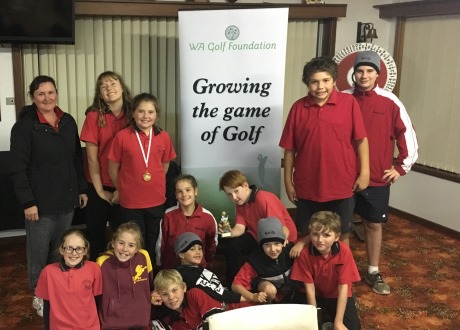 As you drive towards the magnificent Central Wheatbelt, you’ll come across two country towns with a common trait; a passion for golf.

While the messaging may sound simple, York and Quairading Golf Club are making a difference, and it’s only just the start.

Just 97kms east of Perth, York is widely known for being the oldest inland town in Western Australia. Many have travelled to play at the scenic private golf club, with the funding from the WA Golf Foundation now giving the club fresh opportunity.

The newly-established programme has been aptly named after Frank Ovens, a life member of York GC. He sadly passed away eight years ago.

Club President Trevor Hughes was thrilled with the first year of the programme, grateful for the funding and paying his respects to Ovens at the legacy he left.

“Frank (Ovens) was a Life Member of York Golf Club, he passed away 8 years ago and he did a lot of maintenance and work around the whole golf club,” Hughes said.

Hughes believed the programme would go from strength-to-strength over the coming years, praising the help of volunteers and professionals in making the first year so positive.

“We’ve finished our program; it was very successful,” Hughes claimed.

“Rowan Throssel ran it and we had two community coaches as well.”

“They took care of the whole clinic with basic skills and ended up playing 4 or 5 holes.”

Travel a further 69kms east and Quairading is your next destination.

The vibrant community is well-known for an array of native shrub land and forest, with their 18-hole golf club another fantastic attraction.

In its second year of a programme funded by the WA Golf Foundation, Quairading has reached new boundaries and in-turn created new goals.

There has been added support of equipment including new clubs and buggies. Community instructors have also come in to the fold. The funding has given extra confidence to a newly appointed Junior Co-ordinator, with their planning for 2019 already well underway.

The clinics boasted more than 20 participants, plenty of which travelled to Bakers Hill Challenge earlier this week to compete.

It’s a programme that is increasing exponentially, with the momentum created over the past 12 months growing the game in the Wheatbelt.

“The Foundation’s support is beginning to create a ripple effect within the entire Wheatbelt region, clubs no longer feel left behind, with initiatives sparking plenty of interest,” Woods said.

Woods believes it’s only a matter of time before more regional clubs catch on to the exciting opportunity.

“Interest is certainly gaining momentum and new membership programmes are definitely becoming more attractive to clubs thanks to the generosity of the WA Golf Foundation,” he claimed.

It certainly is exciting times around rural Western Australia, with golf continuing to develop as the “Game for Life”.