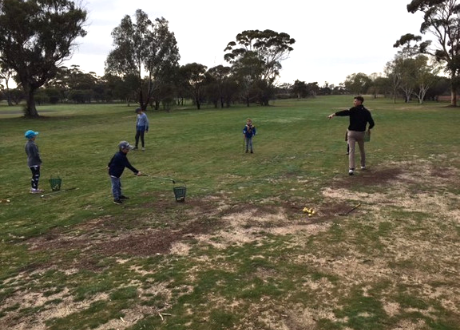 Famous for their October Bush Races and their unique Tin Horse Highway, not to mention their 180-metre-long water slide, Kulin is a vibrant Wheatbelt town with a lot going on.

The golf club is no exception. Always on the lookout for new ways to attract people to the game of golf, Kulin Golf Club has been proactive in offering professional coaching sessions to club members and locals.

Golf is a sport that is hard to learn and new golfers face several barriers to entry. These barriers are even more significant and challenging for new golfers in our regional areas.

Golfers in WA’s small country towns don’t have access to the coaching services and practice facilities that people within the metropolitan area enjoy.

Whilst this doesn’t deter the passionate golfers who have played the game for years, it does pose a significant hurdle for people who have never picked up a club. 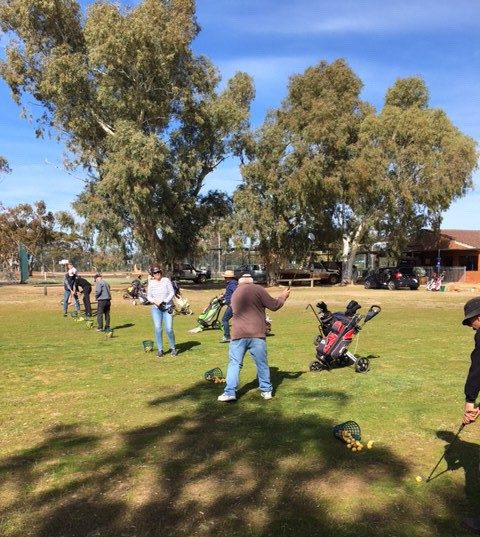 Always looking for new ways to increase membership and attract new people to the sport, Kulin Golf Club has been proactive in offering professional coaching sessions to club members and locals.

Rob has helped several other Wheatbelt clubs apply for WA Golf Foundation funding and he plays an important role in organising and coordinating these sessions.

Across three individual sessions, Brayden took 15 adults and seven children through a range of drills and skills that started with driver and iron play and progressed to chipping and putting.

Brayden is a Wheatbelt local himself, growing up just 30km north of Kulin in the nearby town of Kondinin.

“Brayden was fantastic during the sessions. Everyone found him really approachable and we all learned a lot of new tips”, said Kulin GC Captain, Brent Tyson.

“It was great to learn putting and chipping tips from a golfer that grew up playing on sand greens.”

“Apart from attracting new players, the clinic’s have helped the players who have been playing for a while to drop their handicaps by a few strokes, which also makes the game a bit more enjoyable.”

Of the 15 adults that attended the clinics, four were new golfers that had never played before. This is a fantastic result for a small regional club and hopefully, these four new golfers have taken their first steps towards a lifetime love affair with the game of golf. 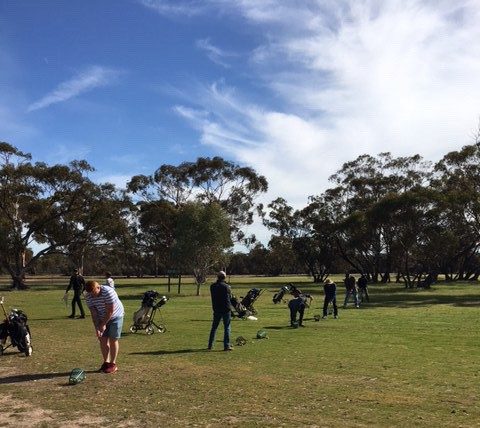 Aaron Giles was one of the 15 adults that signed up to the clinics. Aaron had played the odd scroungers event at Kulin but never considered himself a true golfer.

In the first clinic, Aaron made a huge discovery: he was actually a left-handed golfer!

Speaking after the clinics Aaron said, “I felt relieved to instantly hit the ball better and started enjoying the game a lot more. I was grateful to have a talented player like Brayden spend some time with me and give a bit of advice, I never would have had that opportunity if he didn’t come.”

After seeing the success of their clinics Kulin GC have decided to re-start their Friday afternoon scroungers competitions. These comps are the perfect opportunity for beginner golfers to take the next steps on their golfing journey in a relaxed and casual environment.