Female Participation on the rise at The Vines

Female participation on the rise at The Vines

In 2020, the WA Golf Foundation launched a new mentoring program aimed at increasing female participation in Golf at The Vines Resort & Country Club. These mentoring sessions followed each Women’s ‘Gotta Get Golfing’ class with additional monthly 9-hole on course sessions. These sessions aimed to further understanding on subjects such as the protocols of golf, an introduction to both the courses and facilities at The Vines, golf rules, etiquette, general knowledge of golf and scoring systems. The 9-hole sessions were the perfect opportunity to provide a transition from the driving range to the course and the following sessions provided a chance to ask important questions and build golfing friendships.

“Gotta Get Golfing is simply the best! I have loved the classes and structure; they provide a supportive learning environment which is crucial as learning golf is challenging at times”. Monique shared her thoughts on the initiative after becoming one of the 19 women to transition from beginner to Vines member following the coaching and mentoring sessions.

The program began in January with come and try sessions, attracting 22 participants, with 12 following on into the term 1 programs. Term 1 then became the program’s biggest term ever with these new participants joining the 20 women returning from the 2019 program. Not even COVID 19 could slow down the growth of the program, with an impressive 39 women signing up for a delayed term 2. 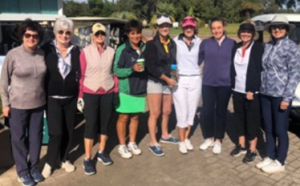 The total number of participants for the year finished at 82, an increase from 51 in 2019. The 82 women consisted of 43 complete beginners and 39 returnees following on from the 2019 program. The program’s continued growth is a positive sign for The Vines which has seen increased numbers, more than half of the 70+ participants were new players, at their ‘Pink is Power’ day in October, which raised over $1800 for Breast Cancer research.

The Vines’ Tuesday Ladies competition now attracts around 50 players per week. This includes some of their newest members who compete in a friendly 9-hole competition to assist in their development. The increase in participation means all at The Vines are very excited to see the program blossom and allow women to gain new skills and confidence in their golf game. The Vines’ confidence in the program was backed up by the WA Golf Foundation’s decision to sponsor the program once again in 2021, a testament to its value.

Mark Tibbles and the WAGF would like to especially thank Community instructor Anna-Maria England. After an incredibly busy and unpredictable year, Anna-Maria committed 78 hours of her time to the program, including 24 of those hours as a volunteer. Mark especially acknowledges his appreciation of Anna-Marie’s enthusiasm and dedication towards growing female participation at The Vines Resort and Country Club. 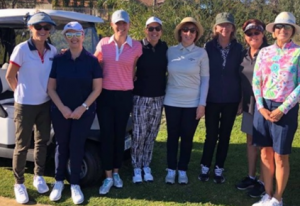