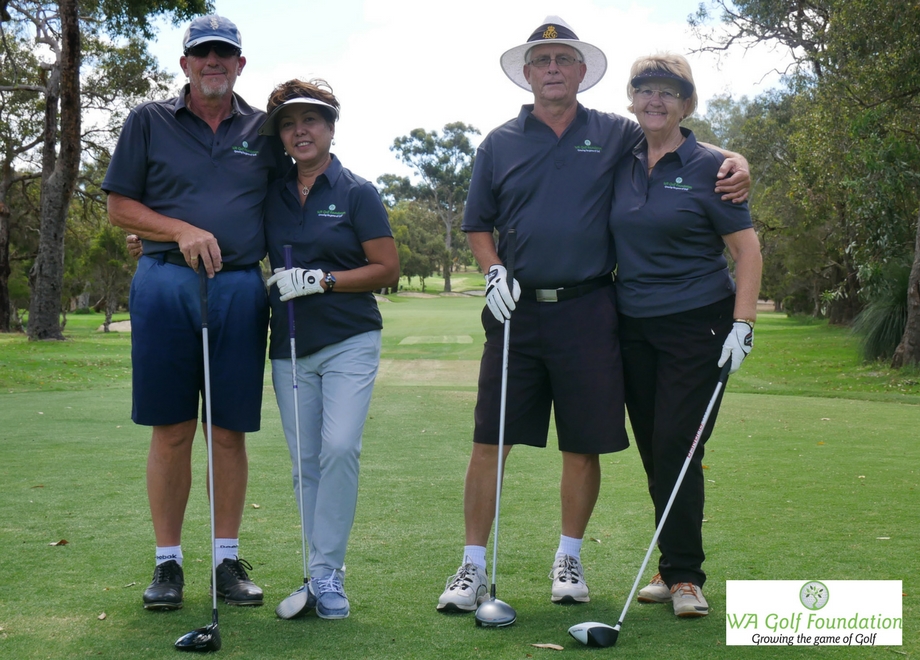 Seventy-two golfers enjoyed a memorable day out to help celebrate the significant work of a foundation that has raised more than half a million dollars since its inception in 2012.

Matthew Deal, who was a part of the Frogmat team beaten on a countback, earned the significant consolation of that prize after his name was drawn from the hat by recently-retired WA Golf Club general manager Brian Close.

The PGA of Australia also donated a World Super 6 Perth pin flag, signed by 2017 champion Brett Rumford, as well as two passes to the Super Suite during next year’s tournament at Lake Karrinyup Country Club from February 8-11.

“The WAGF Charity Day has become a much-anticipated part of the local golf calendar and provides an opportunity to reflect on the all-encompassing impact the Foundation has had on growing golf in this state in such a short period of time,” WAGF Chief Executive Gary Thomas said.

“Support from across the state has been central to its success with the WAGF having now funded or committed to 81 projects that have helped create a depth of opportunities to play the game of golf across communities.”

The success of the WAGF-aided programmes has been underlined in the past 12 months with some of the highlights of its portfolio including:

The WAGF also offered special thanks to the WA Golf Club and its staff for providing the course in pristine condition and for the excellent service enjoyed by all of the players on the day.

Young Western Australian amateurs Hayden Hopewell and Josh Greer – the latter who won the boys’ Drummond Golf Junior Amateur Championship of WA title the previous day – provided playing support while professional Daniel Hoeve showed his class with a hole in the one at the par-three fifth.

For details on how to apply to the WAGF for funding for a golf programme please click on this link.

:: GolfWA is looking for new ways to grow the game at every level in the state and you can help by simply following us on social media. Please click on any of the links below and like us!